I led the first of the two pterosaur expeditions on Umboi Island in 2004, but I would like to comment first on the second expedition: the Woetzel-Guessman exploration of that tropical island in Papua New Guinea.

Just a few days after my return to the United States, David Woetzel (of New Hampshire) and Garth Guessman (of Southern California) set out for Papua New Guinea. They met with the Baptist missionary Jim Blume and his wife Mary, in the city of Lae, and prepared for the flight to Umboi Island. (At that time, the air strip near Bunsil Station was still open for plane landings; I don’t know about now.)

Woetzel and Guessman and their interpreter Jacob Kepas flew to the southern coast of Umboi, where they soon took a banana boat around the eastern coast. The first part of their exploring was on the northern side of the island, but for now I will cover just one of their discoveries: the clam-eating of the ropen.

Earlier, before leaving the mainland, in the city of Lae, Guessman interviewed Jacob Kepas, who had his own sighting, when he was a boy, of a ropen-like flying creature. In his village, near the city of Wau, on the mainland of Papua New Guinea, this kind of nocturnal flying creature is called “seklobali” (or “seklo-bali“). The name means something like “he who carries his bed.” Kepas did not, at the time of the interview, have any idea why the flying creature had that name, but the three explorers would find an explanation at the end of their expedition on Umboi.

In the scientific paper written by David Woetzel (“The Fiery Flying Serpent” – Creation Research Society Quarterly, Volume 42, March-2006), he described how the seklobali probably got its name:

The last leg of our journey took us through the villages of the western coast and down to the government station of Bunsel. While at Bunsel we met some folks that explained to us their traditional belief that the Ropen feasts on a particular kind of large mollusk. We had heard reports from other villages about these clams (some of which are reported to litter mount Bel). But the villagers were able to show us some of the shells, as big as 5 feet (1.5 m) in diameter! This intriguing piece of evidence suddenly recalled to our minds the odd Mali name for Ropen—creature that carries its bed. Indeed a low-flying pterosaur carrying a large mollusk up into its mountain lair would seem to be “carrying its bed!”

In my scientific paper “Reports of Living Pterosaurs in the Southwest Pacific” (Creation Research Society Quarterly, Volume 45, Winter-2009), I wrote about several eyewitness reports, including one that I received through a face-to-face interview with an eyewitness on Umboi Island:

According to Gideon Koro, who speaks some English, a few minutes after they had arrived at the lake, “it came down.” I tried to ask about wingspan but at that point had to rely on an interpreter (using the Kovai language), and only later did I realize that he probably thought that I meant the length of one wing. In either case, his answer is astonishing: “seven meetuh” (seven meters).

How astonishing that his estimate was around twenty-three feet! Even if that were the wingspan (not one wing), it repudiates the flying-fox conjecture of some skeptics. Even if it were wingspan and an exaggeration or miscalculation made it a wingspan of eleven feet, no fruit bat has a wingspan that big. In addition, Gideon Koro described the mouth: “like a crocodile.”

Image from the 2004 Woetzel-Guessman expedition:

Jacob (or “Jakob”) Kepas was interviewed by Guessman, in 2004, in Lae, Papua New Guinea, with help from Mrs. Blume. Kepas described his encounter with the glowing “seklo-bali,” that may be related to the ropen of Umboi Is. 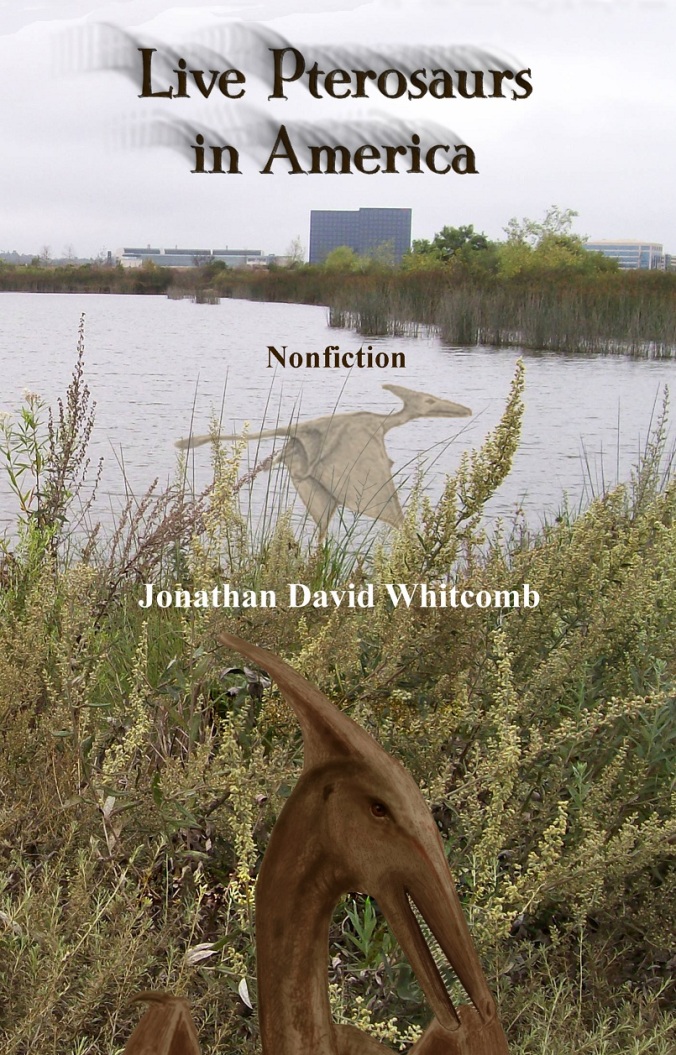 Third edition of the book Live Pterosaurs in America, on Amazon.com—-best-selling book of its kind (non-fiction cryptozoology book on living pterosaurs)

One thought on “The Two Expeditions of 2004”