The biology professor who is a critic of reports of modern pterosaurs made it clear: “The opinions expressed here represent my own and not those of my employer.” I will not mention his name here (nor link to his page), but the post in question, on his personal blog, was dated August 17,2014, and titled, “There are no living pterosaurs, and ‘ropen’ is a stupid fantasy.”

One of the web pages that caught this professor’s attention was my post “Bioluminescent Pterosaurs in Southwest Washington State.” We need to be clear about the differences between two professors, for Peter Beach has also taught biology but he has no doubt that modern pterosaurs live in the state of Washington and elsewhere.

Critic who Teaches Biology at the University of Minnesota, Morris 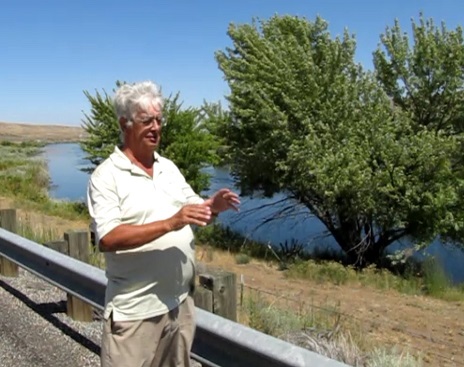 I would not label the online publishing of ideas by those with whom I disagree “dropping turds.” I never dreamed a biology professor would do that. Since one professor of biology (NOT Professor Beach), has referred to my online writings with that label, I will respond: Reason on ideas, if you would attract wise readers (feces attract flies and dung beetles, as most biologists will tell you). I am grateful that Professor Peter Beach is infinitely more kind than that other professor of biology.

From the first two pages of the introduction in the third edition of my Searching for Ropens and Finding God:

Responding to a strange idea by negatively labeling its advocate—that can blind us or at least blur the border between truth and error, even if our concept is better. When in human history has one person always been wrong? And when one pearl is found in the mud of an old oyster bed, expect another.

. . . If each of us listens more thoughtfully to those with whom we have disagreed in the past, what an accomplishment! This is not a “how to win friends” book, yet I will continue to keep that concept in mind as I write; please keep it in mind as you read. Each of us needs to listen—to learn to listen much better, for some of us.

The living-pterosaur critic did some searching online, apparently, and said, “There isn’t any evidence. There’s just one fanatic.” He then pointed out that many of the web pages were written by me. He might have hit closer to the target if he had said “one fanatic writer,” however, for although I seem to have written far more on this subject than anyone else, as an investigator of living-pterosaur sightings I am hardly alone.

I have several associates, including Professor Peter Beach and Milt Marcy, who fully agree with the concept of modern living pterosaurs. In addition, we have several American explorers who have searched remote jungles in Papua New Guinea, looking for those elusive nocturnal flying creatures. Yet we have much more: countless eyewitnesses, from around the world, who have seen these wonderful animals. I have estimated that between 7 million and 128 million persons now living, at some time in their lives and somewhere on this planet, have seen a living pterosaur. Call me a “fanatic,” if you like, but I have explained those number on pages 304-305 of my book Searching for Ropens and Finding God. Regardless of how some persons label me, and regardless of how critics may cry out that I have exaggerated with “between 7 million and 128 million,” I am not alone.

No “Ropen Myth” in Washington State

. . . coming left to right across the highway about 100 yards (give or take) in front of us came the most odd looking thing I have ever seen flying.  My wife and I both immediately said “what was that?”   It was flying pretty low to the ground probably only about 30 feet or so off the ground, and we only had about 2 seconds of visual on it . . .

It had a longer neck, crested head, big curved wings that connected at the back of the body, and a long tail.  Out of all those things the tail is what really stood out to me.  The tail was longer then the animals whole body from tip of head to base of tail. . . .

One thought on “Biology Professors and Living Pterosaurs”